The first roads in Masterton were rudimentary affairs, constructed by the settlers. The first body devoted to roading in the area was the Masterton Roads Board, established in 1862. The Board received a 66 percent subsidy from the Wellington Provincial Government to help meet the costs of providing roads. The Masterton Highway Board, responsible for a similar job over a much larger area, replaced this board in 1872.
The few roads and streets constructed in the early period were generally not well made. The Masterton Borough Council was formed in 1877. The new Council, under the leadership of Mayor R.G. Williams, quickly moved to raise sufficient funds to form the many streets the residents needed. They also officially named, or in some cases renamed, the streets that had already been formed.
At a meeting of the Council in November 1878 the official list of proposed street names was submitted for discussion. 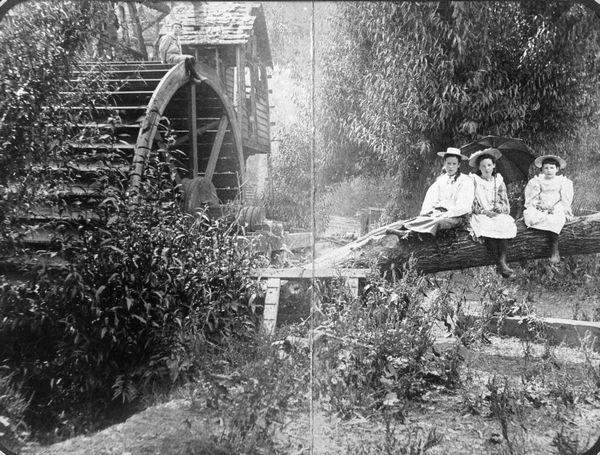 First known simply as Main Street, the road running from Kuripuni to the Waipoua River came to be called Bridge Street, as a reflection of the number of bridges spanning creeks and depressions in the road. Cabman “Captain” Ned Jones later claimed that he had named it Bridge Street during the time of his tenure of the ‘Sir George Grey Hotel’ on the site now occupied by the Wairarapa Community Polytechnic.

The name of Bridge Street was certainly apt. Charles Bannister writing in the 1940s recalled that the road was properly formed in 1863 and that the many bridges required were built at the same time. Heading south down Bridge Street from the Waipoua, the first bridge crossed what was colloquially known as the “Town Creek,” a stream known to the Maori as Mangaakuta. This stream ran across the paddocks from Albert Street, down the side of Lincoln Road and crossed the main road near the Church Street corner. The next bridge was a two-span construction, over a normally dry gully formed many years before when the Waingawa River had burst its banks and created a channel through the town. This gully was regularly filled with water when the Waipoua overflowed its banks near the Railway Station.

The third stream was the Makoura, also known as the Mill Stream or Renall’s Stream, as A.W. Renall used this stream to drive his flourmill. This stream flows across Queen Street from the bottom of Renall Street. The nearby Waiwaka Stream, which rises in the Retirement Village and flows through the Polytechnic, was also bridged at this time. The southern-most bridge to be constructed was over the Kuripuni stream. 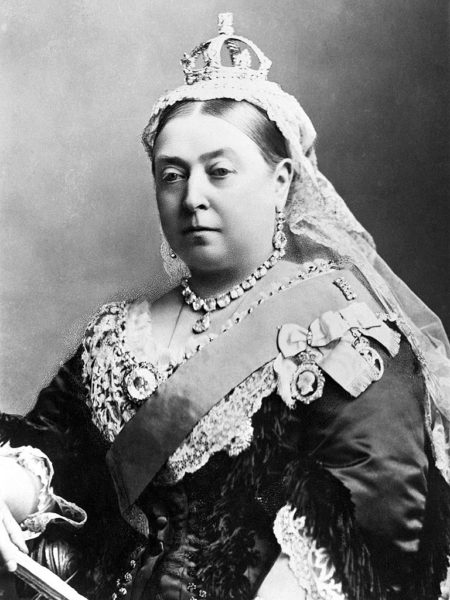 Despite the appropriateness of the old name Bridge Street, in 1878 the new Masterton Borough Councillors obviously thought it did not have the dignity required for the main street of their burgeoning town. The name Princes Street was at first proposed, the name Queen Street being originally set aside for the eastern section of Russell Street.The Councillors eventually switched the regal names, and the main street of Masterton was named after Queen Victoria. For a long time Queen Street ended just north of Bruce Street, where the Borough also ended. At the time the Waipoua River had two arms, the southern one flowing through what is now Robinson Park before crossing Queen Street to pass across what is now the War Memorial Stadium. The bridge over this branch of the river was called the Town Bridge. To the north another arm of the Waipoua flowed approximately where the river course runs today, and the bridge over this arm was known as the County Bridge, as all the area north of the Town Bridge was included in the Wairarapa North County. The stretch of road between the two bridges was called Lansdowne Road, or sometimes the Waipoua Road 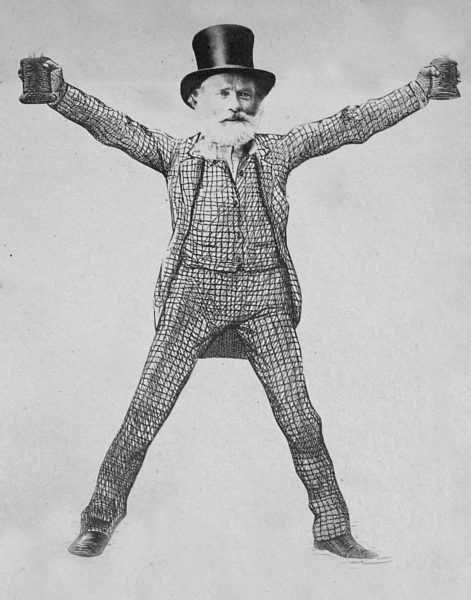 In the plan put forward to the meeting of 1878 the western end of the street now called Russell Street was to be known as Crown Street, but the section from Chapel to Queen Street was changed to Russell Street, named after the architect-builder (and Borough Councillor) James Russell. The eastern portion, originally to be called Queen Street, was named Princes Street for a number of years, only to become part of Russell Street in a major renaming of streets in 1905. 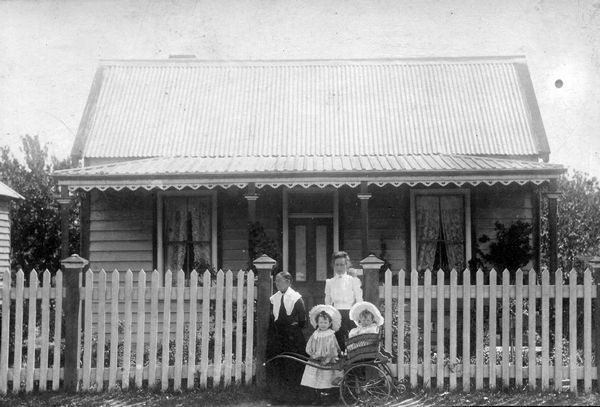 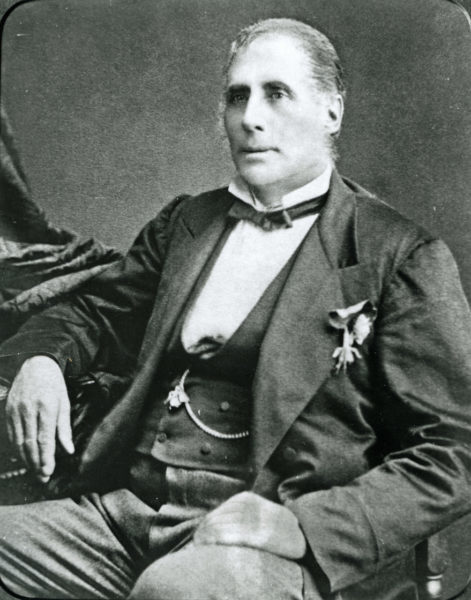 This name, which commemorates the Scottish Saint Columba, was originally to be applied to the road now called Renall Street, but the meeting decided that this should be named after the local miller and politician Alfred Renall. Renall was a colourful and controversial figure in Masterton’s early history. His liberal views and pugnaciousness put him offside with many, but his record of service to the town was exemplary. He served as Mayor and as Chairman of the Trust Lands Trust, as well as many other public bodies.

The name Columba was instead applied to the road originally intended to be named after George Woodroffe, an Irish cabinetmaker and farmer who owned a lot of land on the eastern side of town.

He was an energetic supporter of the Prohibition movement, and served on many local public bodies including the Masterton Borough Council. His modesty led him to decline the honour of having a street named after him.The name of Columba gradually evolved to become Colombo, and was formalised in this form in 1958. 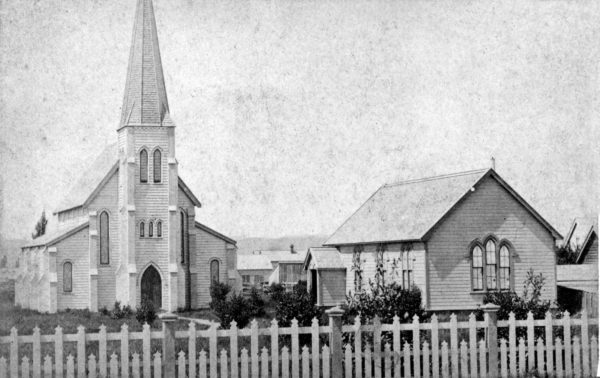 Church Street was named in recognition of the Church of England’s St Matthew’s Church, which at that time stood on the south-eastern corner of Queen and Church Streets.

Chapel Street was named after the Methodist and Congregationalist churches, or chapels that stood on the north side of the Lincoln Road and Renall Street corners respectively.

Pic: The first St Matthews Church, on the corner of Queen Street. 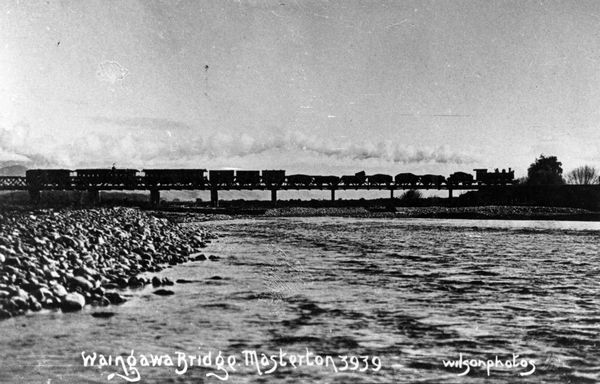 The original road into Masterton from the south was along the line that the surveyor John Hughes cut, through the Three Mile Bush and, literally, through the Waingawa River near the current site of the electricity sub-station on Cornwall Road. Hughes’ Line linked up with South Road into the township.

This road proved to be unsuitable and the main road, now called High Street, was shifted further west. This allowed an easier bridging of the Waingawa River and avoided the swampy ground on the Taratahi Plains that made the original road impassable in winter. 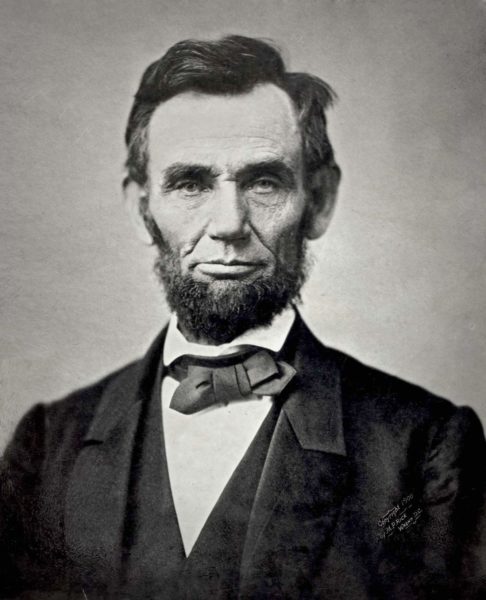 What we now call Lincoln Road once had two different names. The western portion of the street was named after the American President Abraham Lincoln, but the eastern end was named Hall Street after the town's first Town Hall, built on a piece of land on the eastern side of the current ANZ bank. This hall burnt down in 1882 and for a period the privately owned Theatre Royal in Queen Street served as the Town Hall.

The next Town Hall – later known as the “Opera House” – was built by the Trust Lands Trust in Hall Street, as was the nearby Government funded Drill Hall, later known as the Gaiety Theatre. Both the Drill Hall and the Opera House have since been demolished. Hall Street was originally two cart tracks wide. The town creek, long ago piped, ran along the northern side of the road. Despite having the multiplicity of halls that led to its naming, the term Hall Street was dropped and the whole street was named Lincoln Road in 1905 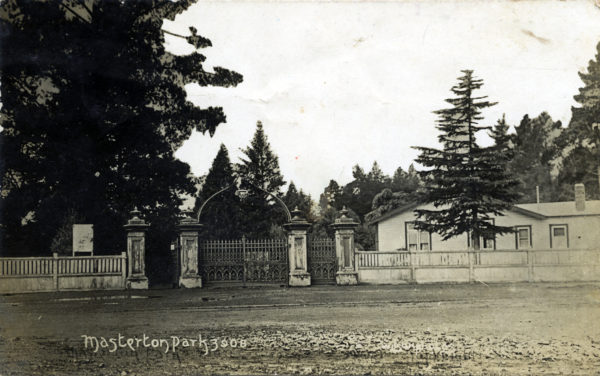 Cricket Street was one of the first streets named in Masterton, being given its official name in 1878. It earned ithis name from being the area of town where cricket was first played – in the 1860s, on land behind the Wairarapa Archive. Cricket Street originally formed part of a cross with the street now known as Park Street. Because of the shape of the street this was first known as Cross Street. The name was changed to Park Street in 1905.