Many of Masterton’s streets are named after the first European families in the area – their personal names, their surnames and the names of their farms. This process started almost with the arrival of the very first settlers. The first members of the Small Farms Association to settle Masterton arrived on the evening of 21 May, 1854. The members of the advance party are thought to have been Michael Dixon and his daughter Emma, the unrelated David Dixon, and John Cole. There are streets in Masterton that commemorate all of these families. 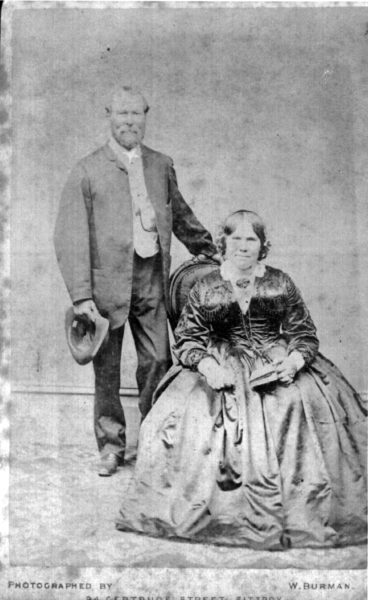 Charles and Mary Dixon and their children, were destined to play a large part in both the naming of Masterton’s streets, and in the future of the town.

Charles Dixon was born in Worksop, England, in 1819 and married Mary Kirton in 1838. The family arrived in New Zealand in 1841, where Charles eventually became a dairy farmer at Karori. He was keen for better opportunities and was part of the group that initiated the Small Farms Association.

He arrived in Masterton in 1854 and set about establishing his farm, and an accommodation house. The property was called Worksop Farm in remembrance of his home village, the name later being taken for the road which led up to the farm. The old accommodation house that burnt down in the 1880s was situated between Casel Street and Kaka Street. Dixon Street was named in honour of Charles and Mary Dixon.

Pic: Charles and Mary Dixon - remembered in many streets. 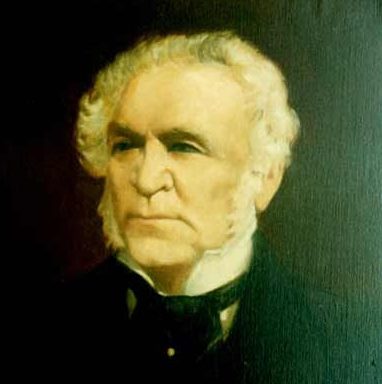 Joseph Masters, regarded as the founder of Masterton, is remembered not only in the name of the town but also in Masters Crescent.

Joseph Masters was born in Derby, England and worked as a cooper, soldier, policeman and jailer during times in London, Tasmania and Wellington. His strength of vision and determined advocacy of the Small Farms system led directly to the establishment of Masterton. 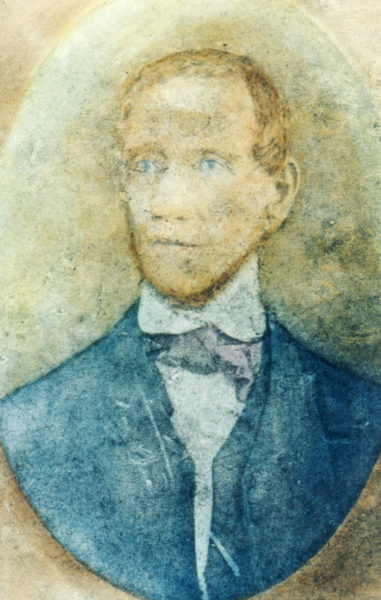 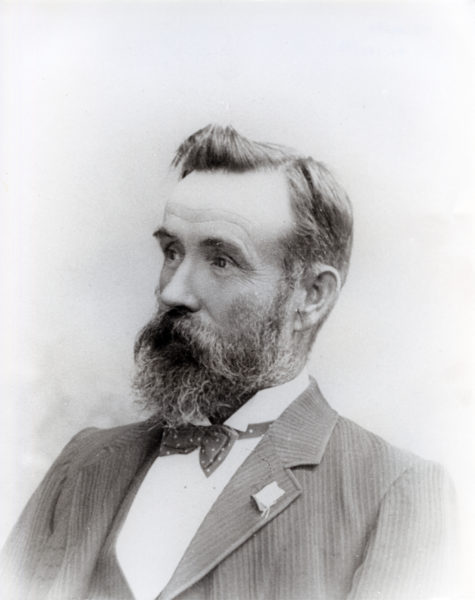 After Charles Dixon died in 1876, and his widow Mary in 1878, their children split up the Worksop Farm, naming the streets in the area. Hessey Street was named after relatives, Mary Dixon’s sister having married into the Hessey family, and Charles and Mary’s son David marrying one of his cousins, Fanny Hessey. Another of their Hessey cousins, John, was a successful farmer and politician in Masterton. 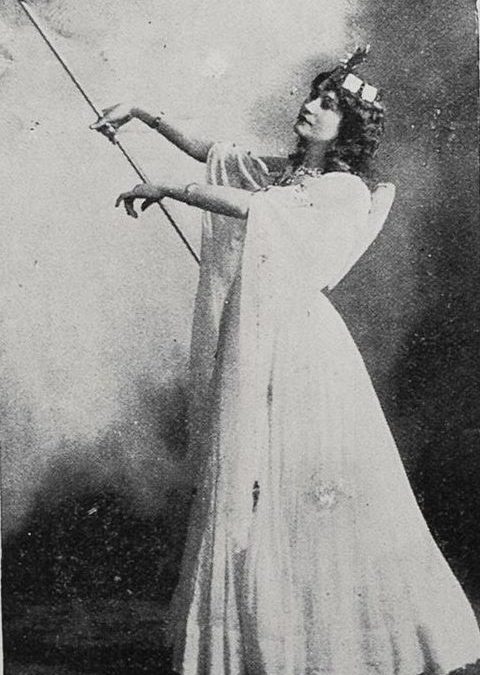 Miriam Street was developed by Thomas Wrigley in 1886. His first suggested name, Charter Street, was declined by the Council, and Wrigley then named the street after his daughter. Wrigley was a prominent amateur entertainer and lived in the US for some years. His daughter Miriam was also well-regarded singer, both in New Zealand and Australia.  She married twice, and died in Auckland in 1970. 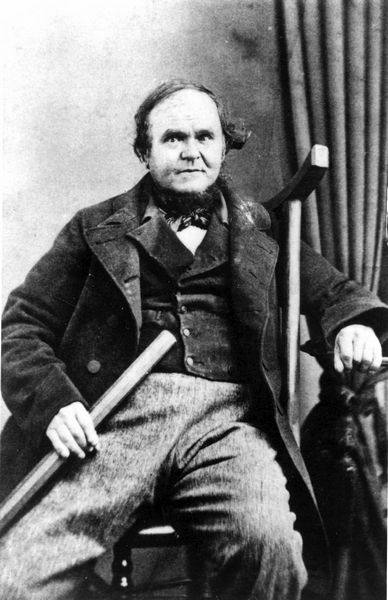 Cole Street is named after a member of the first settlement party, John Cole.  He built one of the first houses in Masterton, in Queen Street near the Regent Theatre, Cole died of blood poisoning following an accident and his brother Henry took up his 40-acre farm to the west of Chapel Street. Henry built his house, which still stands although much altered, on the land that was eventually to be known as Cole Street. In 1908 Cole Street was extended from where it then ended, at Coradine Street, through to the newly formed Pownall Street. 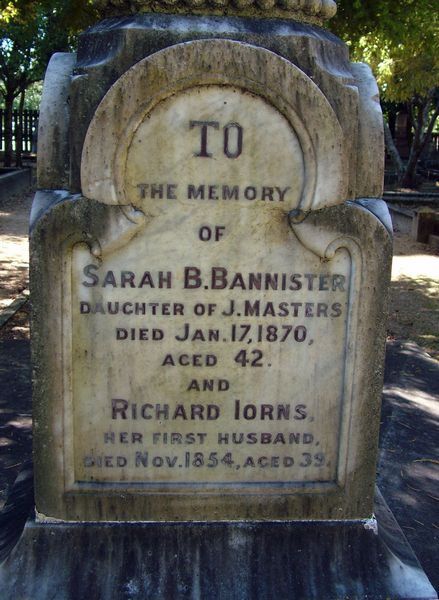 According to family legend some discarded clothing was found on the banks of the Waipoua River and the local families assumed someone had drowned trying to cross over the river. Richard Iorns was deputed to dig a grave for the victim. As it turned out no one had drowned that day, but Iorns caught pneumonia while digging the grave, and died. He was buried in the grave he had dug.

Henry Bannister was born in Sedgley, a small town in Staffordshire, England. He was married in England, but his wife died within a year and Bannister decided to migrate to the colonies, going first to Australia. Bannister eventually joined other family members in Wellington, working at a number of jobs, including the construction of the Rimutaka Hill Road.

It was while working on the road that he first saw the widowed Sarah Iorns, on her way to bring the mail to Masterton. He obviously liked the lady he met on the road, and went to Masterton at the earliest opportunity, to renew his friendship with Mrs Iorns. Instead of the peaceful time he had imagined he found himself in an altercation with another suitor with designs on the widow. A fight ensued, in which Bannister was assaulted with a piece of wood, and his leg broken. His injury required nursing care, given freely by the widow he had come to court. As their son, historian Charles, recorded later: “As these sorts of cases generally end, the nurse got married to the patient.”

Pic: Henry Bannister's house is said to have given its name to Villa Street. 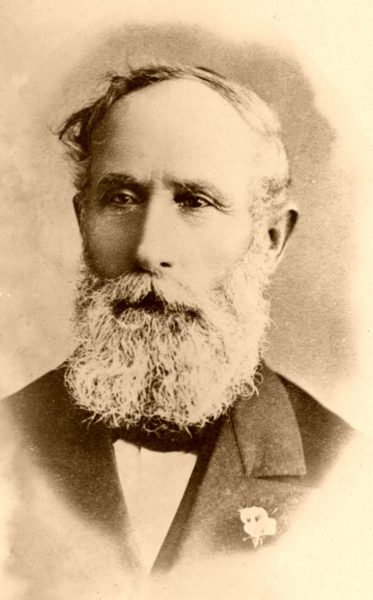 He was the son of John Perry and his wife and Frances Pascoe, Cornish migrants to the New Plymouth settlement who were involved in attempts to establish an iron sand business in Taranaki. Two of their sons, Bennett Pascoe and Walter, settled in Masterton.

B.P. Perry owned much land around the township of Masterton, including the block of land between Queen and Chapel Street on which Perry Street was constructed.

Originally Perry Street went as far west as the current Coradine Street, then turned north to meet Hall Street (now Lincoln Road). As the street was extended the extensions took on a number of other names. It was called Pine Street up to VIlla Street, and Junction Street up to the Railway Station. These streets have now all been incorporated into Perry Street.