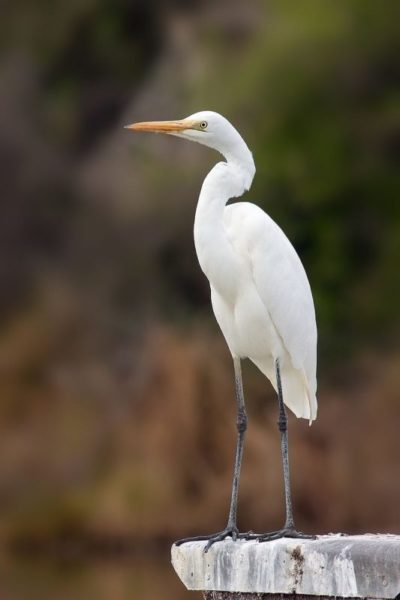 There can be few cheekier birds in New Zealand than the inquisitive weka. This omnivorous bird, sometimes called the woodhen, will take possession of almost anything left unguarded, especially if bright and shiny. It is an aggressive little bird, a good rat killer, although its North Island range is now restricted to the Gisborne area. The flightless bird is said to have close relatives in Lord Howe Island and New Caledonia, raising an obvious question - how could these flightless birds that gave their name to Weka Place get to all these remote islands?

Pic: Revered by Maori for their rareness, kotuku are usually only found at Okarito lagoon. Photo - J J Harrison