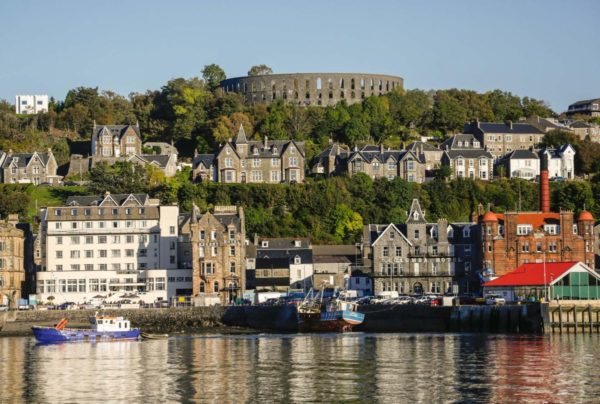 The Tay, which at 192 kms in length is Scotland’s longest river, is commemorated in Tay Place. Another noted salmon river, it meets the sea at Dundee, where it is crossed by the famous Tay Bridge.

Oban Place is named after a relatively small port in Strathclyde. The town of about 900 people is best known as a tourist destination, as ferries for the Hebrides leave from the port. Its major industries, besides tourism, are fishing and textiles

Pic: Oban is Gaelic for 'little bay' - it is sometimes called the 'Gateway to the Isles'.