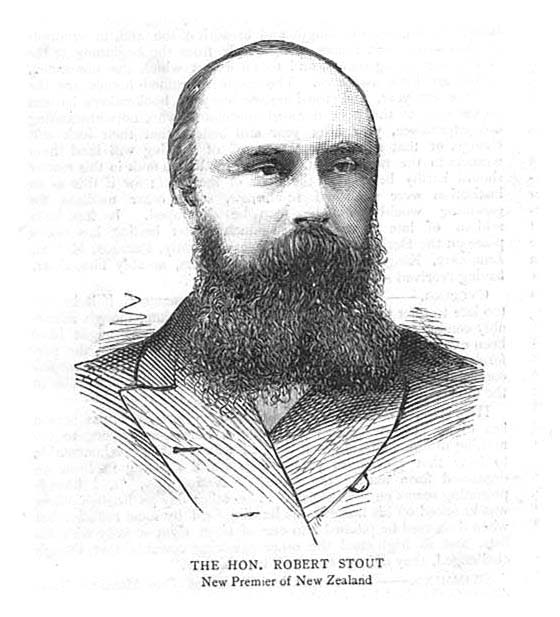 Sir Robert Stout’s first term as Prime Minister lasted only a week, but must have whetted his appetite for a longer term as 10 days after his first term ended (16 August 18 84-23 August 1884) he started his second. The second term lasted for three years. Stout is remembered less for his prime ministerial period than for the 26 years he spent as Chief Justice, and for his espousal of radical causes. Both he and his wife were prominent in the temperance movement.