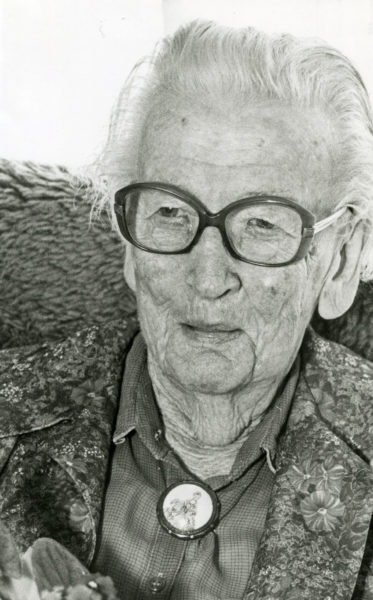 There are some streets in Masterton that are not legal streets at all. Rogers Lane, a narrow service lane off Dixon Street, is one of these. It marks the site of the Dixon Street Steam Door and Window Sash Factory owned by Brown and Rogers. Rogers continued in business as a builder, and is credited with having built some of the main buildings in Queen Street. The 1878 meeting that named streets refused to recognise the word ‘lane’, so the street must have been named later.

Newland Place, built in Cole Street on land once part of the Purnell estate, was named in honour of Mrs Nell Newland. At the time Mrs Newland, who lived to be over 100 years old, was the oldest tenant of the Housing Corporation.

Pic: Nell Newland, a long=term tenant of the Housing Corporation, and their oldest tenent.