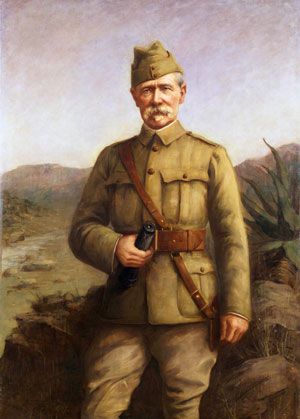 The street running parallel to Kitchener Street, behind the old hospital in Totara Street, was named after the South African War general, Frederick Roberts. Roberts was Commander-in-Chief of India 1885-93 and served as Supreme Commander in South Africa.

The first road running from Roberts Road to Kitchener Street was named after Sir John French, who was Cavalry Commander in the South African War. He also served in World War One, being in charge of the British Expeditionary Force in France before being replaced by General Haig.

The next street was named Raglan Street for Fitzroy Raglan, who served at Waterloo under Wellington. He was later to lead the British Forces in the Crimea, and gave the order for the fateful charge of the Light Brigade. The raglan overcoat is also named after him.

Pic: Earl Roberts was one of the most successful commanders of the Victorian era.