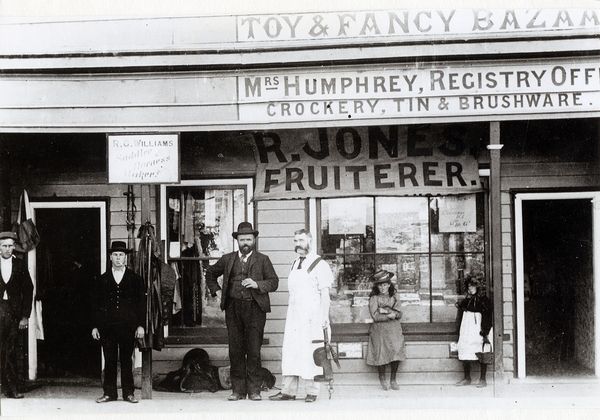 Five of MAsterton's mayors do not have streets named after them.  Masterton’s first mayor was the local saddler R.G. Williams who was returned unopposed in 1877. Williams was an energetic and charismatic Irishman, said to be the only man in Masterton capable of debating on an equal footing with the equally charismatic A.W. Renall. Williams was a one-term mayor, serving for just one year, and later suffered a series of business setbacks.
Over the years a tradition developed that he had a street named after him, Williams Street, which is now closed but ran from Queen Street to Club Street, just south of Bannister Street.
Close inspection, however, shows this little street to actually be William Street, no doubt named after King William, uncle of Queen Victoria.  R.G. Williams has no streets named after him in Masterton