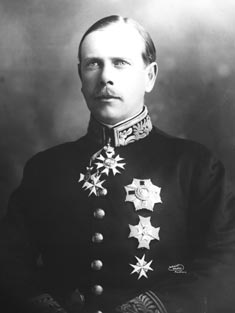 Yet another governor with sporting connections is remembered in Plunket Street. Plunket is well remembered for his connection with cricket, but as an administrator he is described as being conservative, as having filled his constitutional role and no more. His wife was an enthusiastic supporter of Truby King, and was patroness of what became known as the Plunket Society.

Pic: Lord Plunket's name lives on in a cricket trophy - his wife's in the Plunket Society.