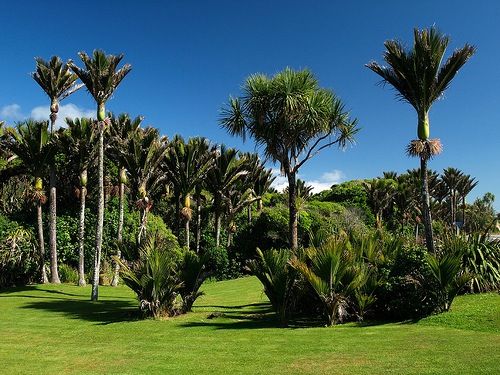 There was some discussion in 1993 about the naming of the old stock route from Gordon Street up to the end of Manuka Street as Nikau Heights. Some members of the Masterton District Council thought that Selina Sutherland, driving force behind the establishment of Masterton Hospital in 1879, should be commemorated. Local residents were in favour of naming the road after the native palm, Rhopalostylis sapida, the world’s southern-most palm tree, and the road was named Nikau Heights.

The puriri, Vitex lucens, that Puriri Crescent is named after, is a large spreading tree with glossy leaves, sometimes known as the New Zealand oak. It was originally decided to call this street Rewi Crescent but the name was changed to Puriri in February 1961,

Pic: The world's most southerly palm, the nikau.