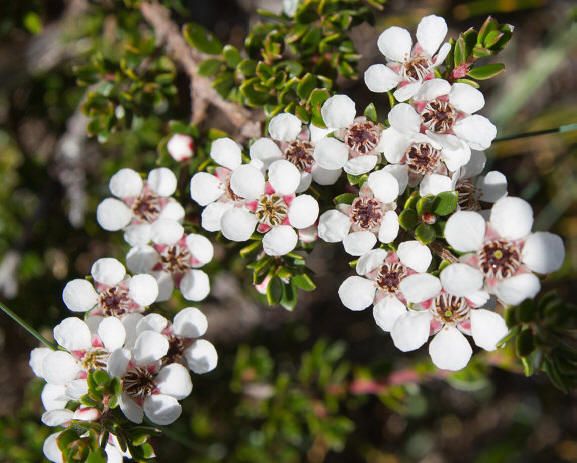 The streets leading up Ouwaka, Lansdowne Hill, were named in the early 20th century. The road described as leading from Lansdowne homestead to Mr Maunsell’s house (Eridge) was named Titoki Street while the road to the golf course was called Manuka Street. The titoki, sometimes called the New Zealand ash, was a valuable tree to Maori who obtained oil from the copious black seeds the tree produces. The oil was used to ornament the hair.

The manuka is a widespread shrub that assumes different forms depending on where it is growing. It grows as a tree in sheltered conditions and as a dwarf shrub in more open, windy sites. It was said to have been common on Lansdowne at the time of pakeha settlement.

Pic: Once despised as a pest plant, but now prized for its valuable honey, the ubiquitous manuka.