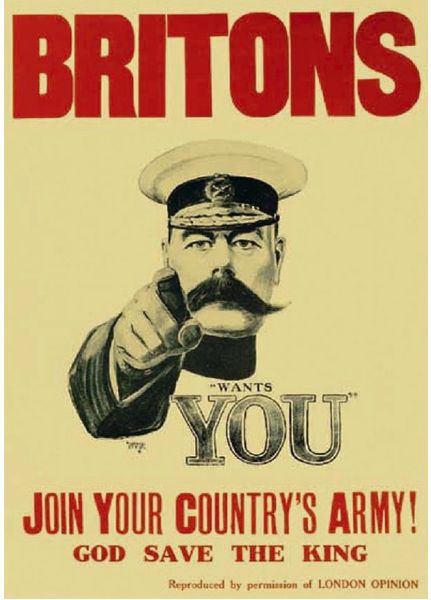 The street “running eastward from the Lansdowne homestead was designated Kitchener Street. Herbert Kitchener was a popular figure in 1904, having been British Commander-in-Chief in the South African War. He was to become even more famous as the Secretary for War during World War One, recruiting a great army before he died when H.M.S. Hampshire struck a mine in 1916.

Pic: Lord Kitchener became the face of recruitment during World War One.