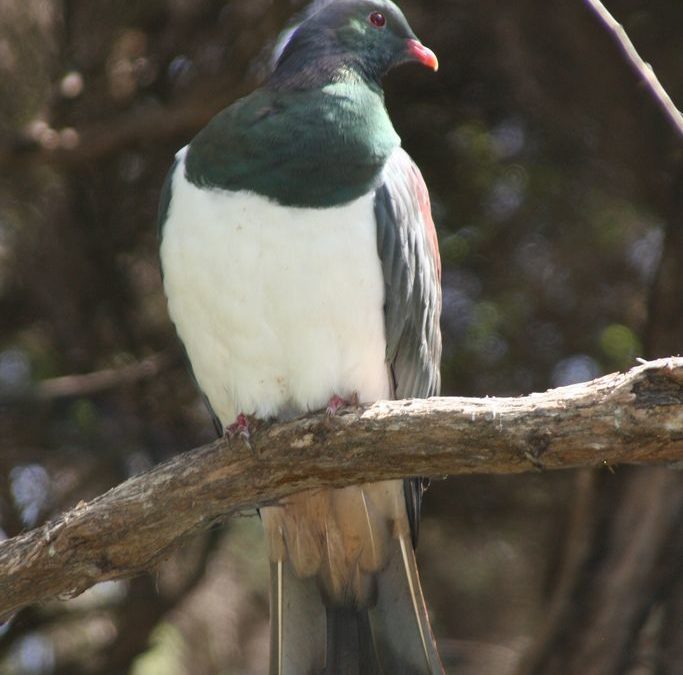 Pic: Slightly clumsy in flight, the New Zealand wood pigeon was a staple of the Maori diet.