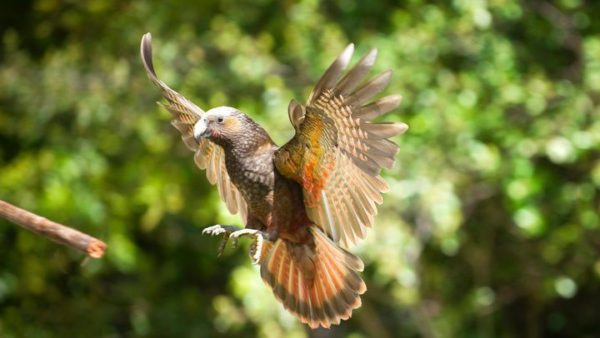 Pic: The afternoon kaka feeding at Pukaha is a daily delight.