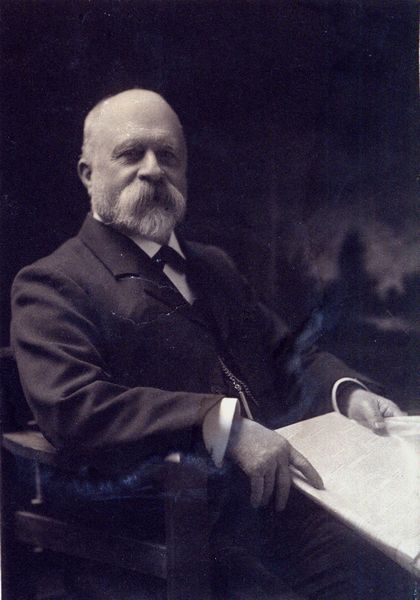 Doctor William Hosking was the first superintendent at the Masterton Hospital when it opened in 1879. Born in Cornwall in 1843, Hosking trained in London before making his way to New Zealand in 1863. He worked as a doctor in Invercargill, but caught a dose of gold fever and he went to Hokitika to try his luck on the gold fields. He returned to medicine, and shifted to Masterton where he practised for the rest of his life.

William Hosking was not a typical Victorian country doctor. He enthusiastically espoused the use of X-Rays and radium treatment long before they were accepted as part of normal medical practise, and was also a fan of ‘Suggestive Therapy’ – hypnotism.

He served as a foundation member of the Masterton Park Trust, and was always interested in horticultural matters. He is remembered in Hosking Place, and his first wife, Christina Sloan Archer,  is remembered in Archer Street. which runs through part of the land the Hosking family owned in Church Street.

One of their sons,  Archer, was another local doctor and also a superintendent of Masterton Hospital for many years. He also caught a dose of gold fever, travelling to the Klondike to try his luck in 1897.