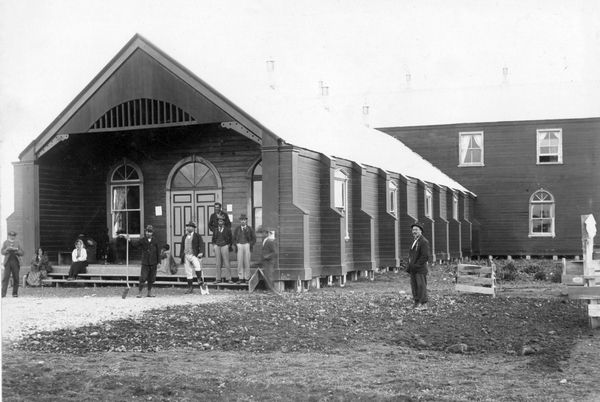 When the Government purchased the land for the township of Masterton a block near the town was reserved from sale, the owners instead donating the land to the Church of England. It was intended that it be used to establish a college for Maori children.

The land was known as the Bishop’s Reserve, as it had personally been given to Bishop Selwyn. It is now administered by a trust that uses the income from this land, and another similar block near Papawai, Greytown, to provide education grants. The trust, called the Papawai-Kaikokirikiri Trust, has developed some of the land, and constructed some streets.

One of these, off Akura Road, was to be named Keir Street by the Borough Council but following representations from the Trust Board, the Council decided to accept the Board’s proposal and named the street Herewini Street. Herewini is the Maori name for Selwyn.
The Trust also named Papawai Place, off Ngaumutawa Road, after the famous pa near Greytown. The pa was nationally famous in the late 1890s as the centre of the Maori Parliament movement, Kotahitanga.

Pic: The meeting house complex at Papawai, circa 1896