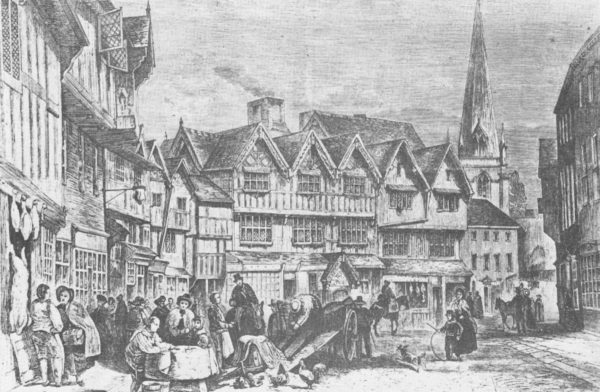 Dover Place is named after the English seaport, principal sea link with France and the largest of the Cinque Ports. The town, situated in Kent, has ancient Roman connections, and is best remembered for the nearby cliffs celebrated in a famous World War II song.

Durham Street commemorates the county town in the northeast of England. The town has a famous university, and an ancient Norman castle and cathedral.

Hereford Place is not named after one of the most famous of cattle breeds, although the street and the livestock earn their name from the same place. Hereford is an area in western central England, on the River Wye, and the centre of a rich farming area. The city of Hereford has a famous medieval map of the world, said to date to 1275.

Pic: Hereford in the 19th century.